Developer and founder at Tecology 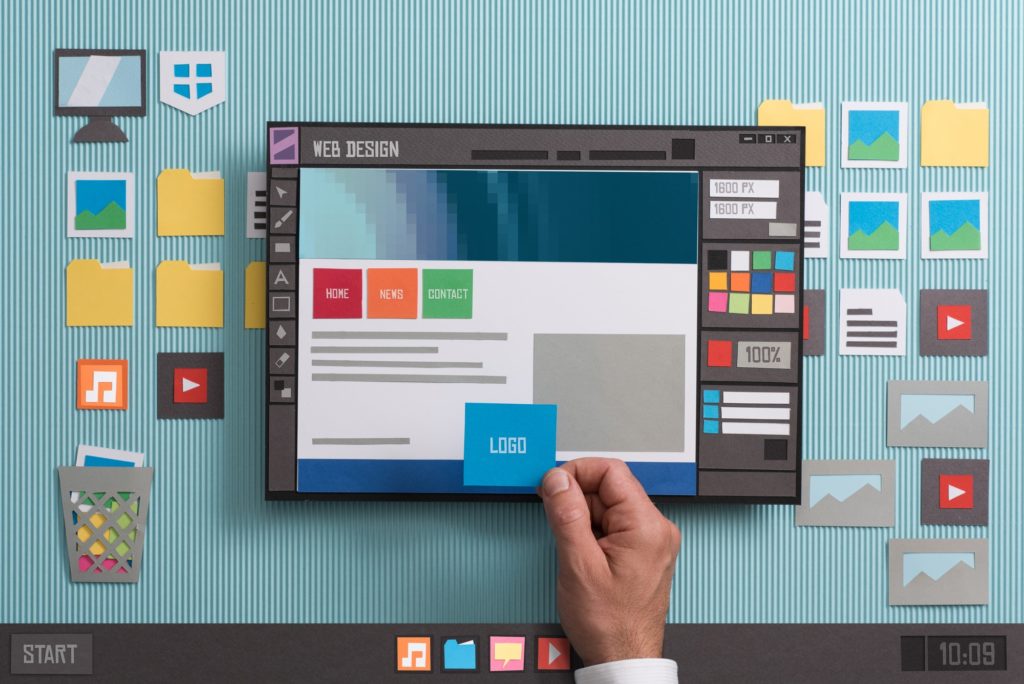 It’s impossible to be a software developer nowadays without using JavaScript in some way. According to Stack Overflow’s 2020 Developer Survey, JavaScript is the most popular language among developers for the eighth year in a row. Boom! Need I say any more? Nearly 70% of respondents have used JavaScript in the past year. Add that one to your growing to-do list!

Along with HTML & CSS, JavaScript is an essential element in front-end development. A majority of the web’s most popular sites, from Facebook and Twitter to Gmail and YouTube, rely on JavaScript to make interactive web pages and dynamically display content on them. That wee hamburger spinny thing on most websites? Yup, most likely JavaScript.

Although JavaScript primarily functions as a front-end language that runs in your browser, it can also be used to create scalable network applications. Node.js is compatible with Google’s Chrome OS, Linux, SunOS, Mac OS X and Windows to name a few.

JS is one of the terse & flexible languages for beginners. This versatility makes it easy to learn and use across different browsers. Get yourself on to Pluralsight today and start learning!

This might be a good programming language to learn if you’re into Apple products and app development. I just want to live in Steve’s walled garden I hear you say! That’s cool, Swift was first introduced in 2014 by Apple for use in developing iOS and macOS apps and has grown and matured into an excellent language to learn.

Swift has been optimised for performance and is based on the realities of modern iOS development. Plus, not only does Swift work on every iPhone and iPad, but it’s also the base for other Apple OSes like watchOS. Apple will be around to stay and so will their iOS apps. They have the most profitable mobile apps on the market. It’s a safe bet if Apple’s your thing.

You know Java? Well, Scala is the modernized version of that. It’s got all of the benefits that Java has to offer but also much more that is unique to Scala as well.

As a highly functional programming language, Scala allows engineers to adapt the quality of their code to resemble pure math. It also gives them a concurrent environment, which means they can operate complex procedures in parallel.

In some ways, it’s unfair to compare Java to Scala but if you have already looked or worked directly with Java there are major differences in how they operate from a principles viewpoint. I think it would be fair to say that developing with Scala is a more enjoyable experience for a new developer. You can do more with less code so it’s not as tedious to use daily as Java may be.

One of Google’s favourite languages, Go is the little language that really could. Being low-level, it’s ideal for those who want to get into systems programming. Whilst it may have a steep learning curve, to begin with, it’s relatively easy for those familiar with C or C++ to pick up.

As a compiled language, Go is run “close to the metal.” That means it doesn’t have any JIT (just-in-time compilation) crap slowing it down, making it fast to execute. It’s open-source and allows you to see your personal contributions adopted by other programmers worldwide.

Python is probably the most user-friendly programming language on our wee list. It’s often said that the Python syntax is easy to understand, intuitive and similar to English, which makes it a good choice for beginners. You can also tell everyone you get to play with your snake every day 🙂

Python is a versatile, powerful programming language when considering what to use for your individual needs. Python is similar to Java in that it can be easily learned & powerful enough to support a lot of different apps. If you’re interested in back-end web development for example, then the open-source Django framework written in Python is easy to learn and comes with plenty of features. Django is a popular web development framework used in some of the most common websites such as Instagram, Mozilla and Spotify.

Ruby is an excellent scripting language that’s used for web development and is based on the Ruby on Rails web application framework. Beginners often learn Ruby as a gateway language because it is one of the friendliest and most helpful user communities.

In addition to its excellent community and its very straightforward syntax, Ruby is also a good language to pick up thanks to its association with great tech businesses. Twitter, Airbnb, Bloomberg, Shopify, and countless other startups have all built their websites using Ruby on Rails at some point.

If a developer that’s already reading this far you are probably screaming right now! “Where is Java!”, I mean like “WHERE IS JAVA YOU FOOL!”.You would be right about the last part, and in the mad flurry to get this post prepared I nearly give it a miss but Debi kindly reminded me that it must be there. The list just would not be complete without it. In Debi’s own words “It’s like the strict school teacher that just wants you to do well in life. Absolute dreamboat of a language”.

Those words are oh so true. Java is, without a doubt, a key language to learn and it has stood the test of time. As I write this blog this development language is 26 years old and even today it’s been in the top 3 languages requested by IT Recruiters across Scotland for the last 5 years+. With some of the best beginners tools, a thriving and supportive online community, Java will provide you with a complete toolkit to develop wee baby scale apps all the way up to big daddy USS enterprise-level applications. It’s a must-have language and developers who skill up in it are very well paid indeed.

Get your geek on!

When deciding which programming language to learn, it’s important not to get caught up in flashy trends and popularity contests. That’s not what this is about and you don’t want to find yourself stuck down a rabbit hole! The best programming languages to learn in 2021 are likely the same ones that were also the best to learn 5 years ago. That’s the truth.

Computer programming is always changing, but languages that we have mentioned today have a great deal of staying power. By learning one or more of these languages (preferably more), you will be in a great position for years to come. Every string to your bow in this game increases your net worth as a developer and, at the end of the day, show me a technologist who doesn’t like new toys every once in a while?

Hope this helps a few folks out there!

I’ll be back soon with more tech stuff to read so if you haven’t already done so, sign up for our newsletter!

Tony Baker is a web designer and the founder of Tecology. He has a background in advanced website design, IT services, and software consulting. In his free time, he enjoys sailing, golf and spending time with his young family.
NextHow do I get columns to work better in posts?Next 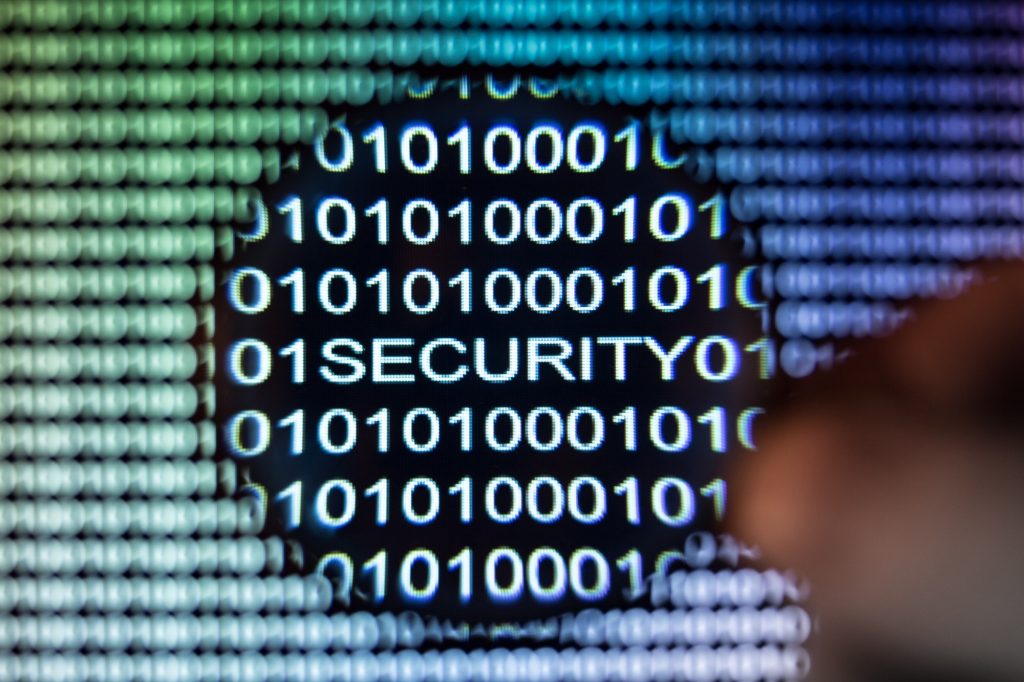 How do I get columns to work better in posts?

Let's talk about your project

We understand that website development, hosting, email and all of this stuff can be overwhelming, to say the least! Please feel free to get in touch and we can chat through solutions with you that best meet your needs.
Contact Us

Where to find us

Facebook-f Twitter Linkedin-in Youtube Codepen
© 2017-2022 Tecology Consulting Group Limited. Registered in Scotland SC671448
Manage Cookie Consent
We use cookies to offer you a better browsing experience, analyse site traffic and user behaviour. Read about how we use cookies and how you can manage them using the options below.
Manage options Manage services Manage vendors Read more about these purposes
Preferences
{title} {title} {title}
Menu